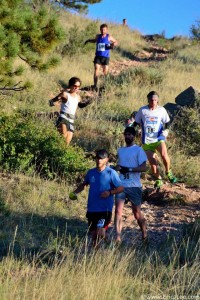 The lead men charge down the Stout Trail in the early going. Photo: Eric Lee

It was a beautiful morning for the sixth running of the Blue Sky Marathon, perhaps the best weather in the event’s history. A total of 169 runners toed the line, with 161 making it through to the finish, proving once again that the Blue Sky Marathon is a deceptively challenging course. 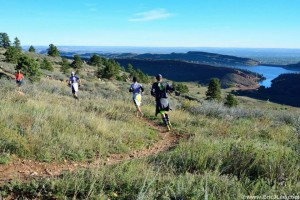 Runners make their way along the Stout Trail, with Horsetooth Reservoir as their backdrop. Photo: Eric Lee.

Due to heavy rains in the weeks leading up to the race, the County asked us to stay off the Shoreline/Nomad loop early in the race, so a re-route was devised to add back in the lost valley mileage, with runners detouring on Herrington, Loggers and Carey Springs near the top of the Towers climb. Post-race feedback suggested that the new detour was in fact an improvement on the old course, so we’ll likely be keeping that route for future renditions of the race. Officially, the new loop added 350 feet of climbing but lost three-tenths of a mile. We’re calling it a wash. We think the course ran 26.8 miles with 3,700 feet of climbing. Not too shabby.

Kyle and Nick coming down off the Indian Summer loop. Photo: Erin Bibeau 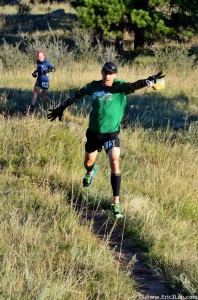 In the men’s race, Broomfield’s Kyle O’Brien erased a two-minute deficit on the leaders at the 9 mile start/finish aid station to register the win in the race’s second fastest time ever (3:20:18), six minutes off Steve Folkerts’ 2009 course record of 3:13. Locals Nick Davis (3:26:12) and Justin Liddle (3:28:33) filled out the podium spots. A record 13 runners dipped under the magical four-hour mark.

Our first finisher over four hours, Meghan Spieker, was the overall women’s winner in a time of 4:02:25, leading from pillar to post. Like Kyle, Meghan posted the second-fastest time in the race’s history but was still five minutes off Kaija Staley’s mark from 2012 (3:57:39). Rocky Mountain Runner buds, Gina Ellis (4:09:39) and Mallory Peterson (4:11:17), rounded out the top three.

Rosalie was part of a large and boisterous contingent from Louisiana who we were especially pleased to be hosting. Indeed, Douglas Swenson from Baton Rouge, LA received a rousing ovation as he cruised into the finish line as our final finisher. We were told by our aid station volunteers that he sported a beaming smile the whole way around – which just goes to show that trail running ain’t always about how fast you run, but about how much fun you’re having.

And our races could never have the fun atmosphere that we aspire to promote without the amazing support of our fantastic volunteers. As always, you guys got rave reviews from the runners and we simply could not do this without you. Thank you everyone – we consider ourselves extremely lucky be part of such a supportive trail running community here in The Fort. 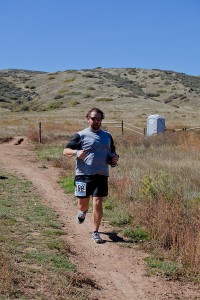 Prizes included gift certificates to Runners Roost Fort Collins, in addition to photo prints from our wonderful on-course photographer, Erin Bibeau, whose gallery from the race can be viewed here, with digital downloads available starting at just a dollar. In addition we handed out special awards in recognition of four runners who, this year, completed their fifth Blue Sky Marathons: Scott Slusher, Mark Warburton, Cat Speights and Sam Malmberg. Thanks for the support guys!

We also couldn’t put on the types of races that we aspire to put on without the help of our wonderful sponsors, all of whom are tireless supporters of the Northern Colorado running scene. So thank you Colorado Physical Therapy Specialists, Justin Liddle DMD, Countryside Vet, Runners Roost, Succeed, Great Harvest, IZZE and Powered by Plants. 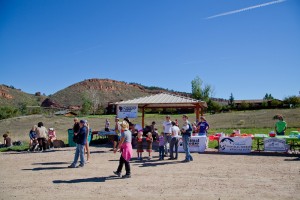 Blue Sky marks the end of the season for us at Gnar Runners, but we are already looking forward to bigger and better things for 2014. If you enjoyed Blue Sky, consider running the 25 or 50 mile Quad Rock races in May, the Black Squirrel Half Marathon in September, or – our newest event – the Towers 10k Hill Climb and Descent in the spring (date TBD). Better yet, run them all and earn the title of GrandGnarMan or GrandGnarWoman (details coming soon). 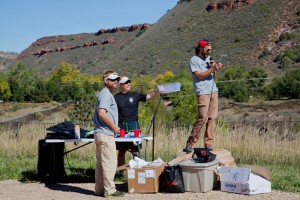 This entry was posted in Blue Sky Marathon.