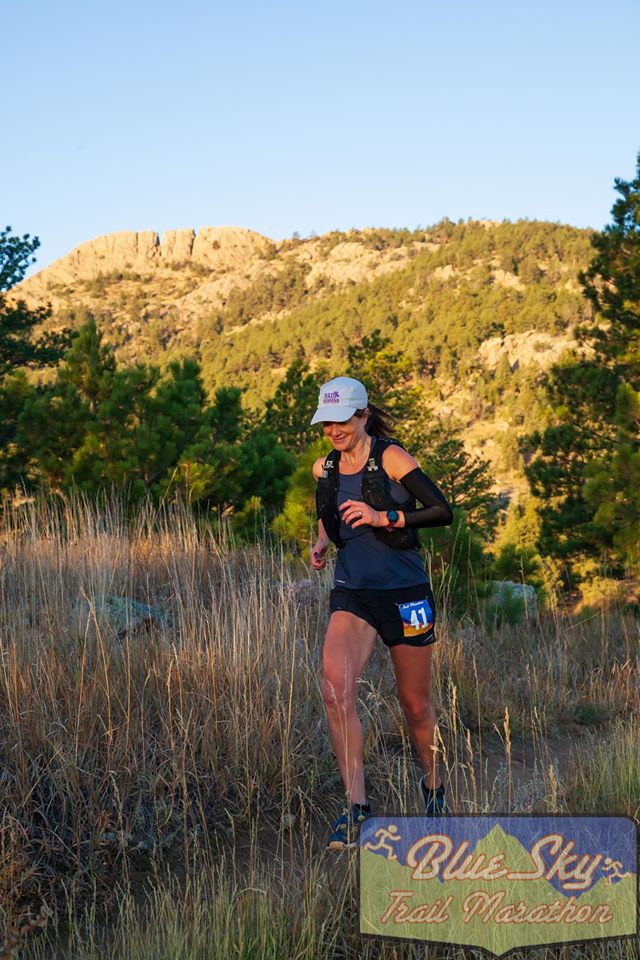 Tara began running in 2007, at the age of 30, with the plan of crossing the road marathon off her bucket list. However, she quickly realized she enjoyed running and by 2009 had knocked her road marathon P.R. down to 2:57:56. Unfortunately, in her quest to get faster, she over-trained herself and simultaneously began to experience a slew of endocrine-related health problems, including a few autoimmune issues, that she still must contend with today.

During the subsequent years, Tara turned to the trails. Although her body would not allow her to train hard or run the paces she once could, she still found enjoyment in running, particularly in beautiful places. Spending time in nature helped her cope with the frustration of often feeling unwell.

Tara now has a better handle on her health and in 2019 hired a coach (Addie Bracy, Nike Trail Elite Runner and Never Summer 100k course record holder) to help her really train for the first time in a decade. That training paid off, as in 2019 Tara set the female master’s course records in both the Quad Rock 50 (10:27) and Never Summer 100k (original 64.2 mile course: 16:07), placing 4th and 5th respectively, and remained healthy enough to complete the Black Squirrel half and Blue Sky marathons, winning the 2019 Gnar Slam. Despite dealing with a chronic hip injury, she completed her first 100-mile race at The Bear 100 in 2020 with an 8th place finish.

Tara is a Registered Nurse, a graduate student at University of Colorado-Denver in the Masters F.N.P. program and in addition to running, enjoys spending time outdoors with her husband, two dogs and 3 children.