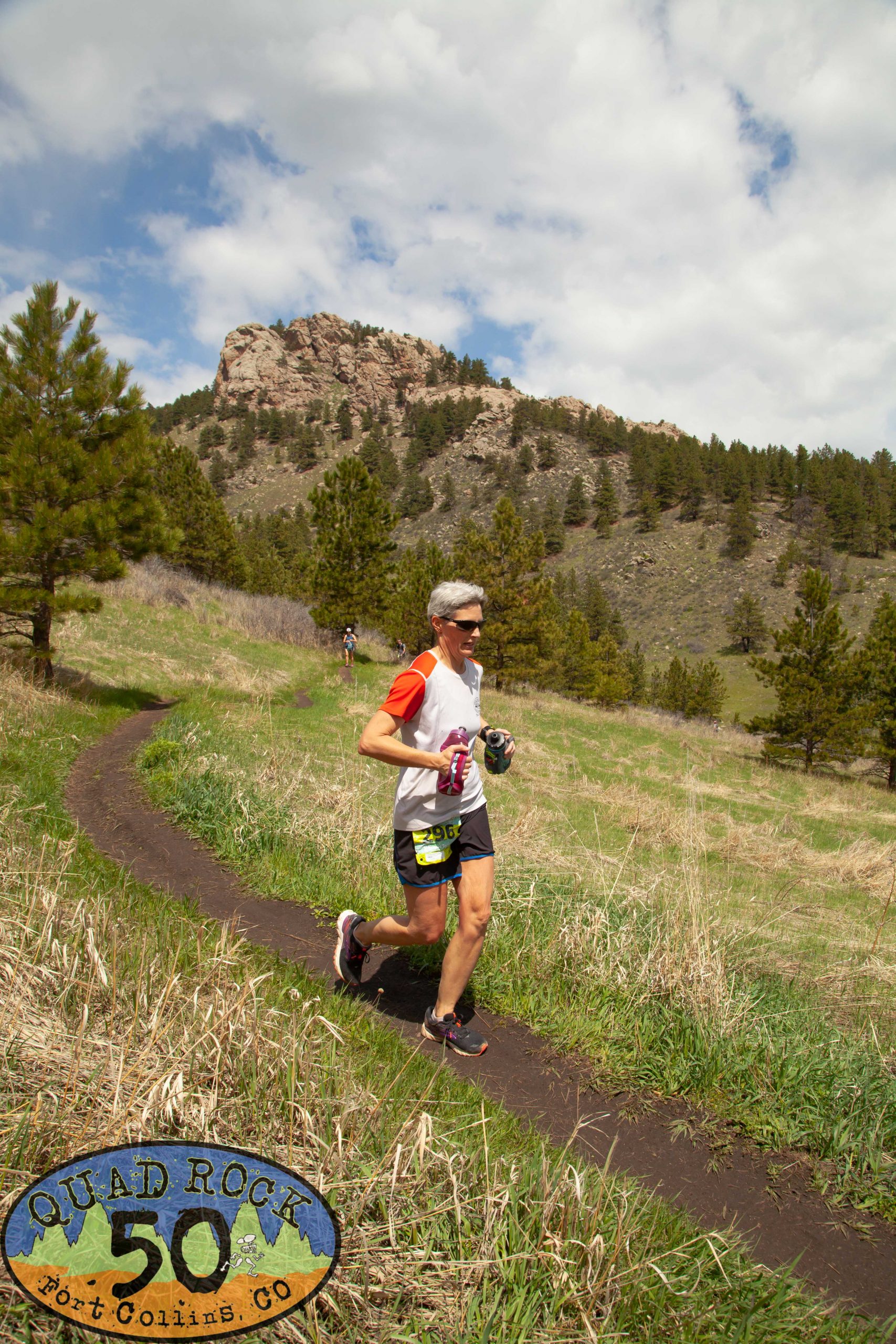 Michelle started running in high school in Western New York. She signed up for track to get out of P.E. It did not take her long to get hooked and she signed up for cross country that following fall. This was well before trail running was even a thing, but the cross country courses in Western New York took her into the woods and off the beaten path. From then on, Michelle has always preferred to run on trails. She loves the chance to connect with nature, the smells, the sounds, just being. She has run in the woods of New England, the Desert Southwest and the mountains of Colorado.

For many years Michelle ran mostly on her own, an hour or so at a time, de-stressing after school or work. Then in 2009 she ran her first trail race, the Blue Sky Half Marathon. She ran it again in 2011 and then tried the Black Squirrel a couple years later. Michelle didn’t think she would really ever be able to run any longer than a half marathon but enjoyed the sense of accomplishment upon completing the 13.1 miles and enjoyed being on the trails near her home.

At about this same time her husband Elijah was starting to try the Ultra thing. She spent a lot of time volunteering and crewing for Elijah at his races and finally decided to test her mettle and run the Quad Rock 25. She finished and had really enjoyed the time training outside and wondered how much farther she could go. So, she ran the Never Summer 100k. She enjoys spending training hours in Colorado’s natural places.

When Michelle is not running, she enjoys mountain biking, climbing, hiking and just about anything that will get her out enjoying nature with Elijah and their 14 year old daughter Helen. Michelle works for Colorado Parks and Wildlife as a G.I.S. Specialist analyzing wildlife data and making maps.