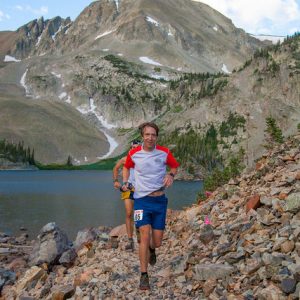 Elijah’s love of running originates from his love of the mountains. Initially this love manifested itself in a passion for rock climbing and long forays into Rocky Mountain National Park to climb large walls or summit isolated peaks.

After running The Radical Slam in Rocky Mountain National Park (Mt Meeker, Longs Peak, Pagoda, Storm, Battle, Estes Cone) and racing the Quad Rock 25 he decided that he wanted to devote more time to running and pushing his limits in ultramarathons.

During his first year of focused ultramarathon training in 2016, he completed the Gnar Slam and set the overall time record (since broken). A defining race was the Never Summer 100K, where the beautiful and challenging course let him know that he’d found a new calling.