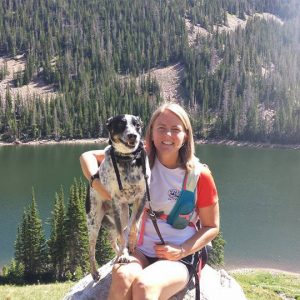 Ever since she was a kid, Deb felt like she wasn’t cut out to be a runner. This dates back to her elementary school days when all the kids were supposed to be able to complete a mile in 9 minutes. Most were done in much less…except for Deb and a chubby kid in her grade.

“I hated running and wanted nothing to do with it because it was something I couldn’t do,” she remembers.

Fast forward to 2009 and a desire to lose some weight, Deb found a running group in Tulsa, Oklahoma where her family had recently relocated, and the journey began. Deb joined and completed the group’s Couch to 5K program before training for and completing a 15K race, a half marathon, and then finally a marathon. During this time, Deb developed a deep passion for the sport, becoming a run leader and helping others on their journey to new running milestones. She discovered that she could indeed run after all, and that you don’t have to run a 9 minute mile to “qualify” as a runner. Nonetheless, after two years of running, she did run under 9 minute miles for a 5K and that was a sweet moment on her running journey.

Since moving to Fort Collins in 2014, Deb has dived headfirst into the joys of trail running and in 2016 completed the Quad Rock 25 miler and the Antelope Canyon 55K, her biggest running challenges yet.

“There’s nothing better than a beautiful day out on the trails. I have enjoyed so much exploring the trails around Fort Collins, in Rocky Mountain National Park, and in State Forest State Park, sometimes with a friend or two, sometimes only with my faithful dog Barney, and sometimes alone since dogs aren’t allowed on trails in Rocky Mountain National Park. I am truly in my happy place off exploring a trail with Barney on a sunny day.”