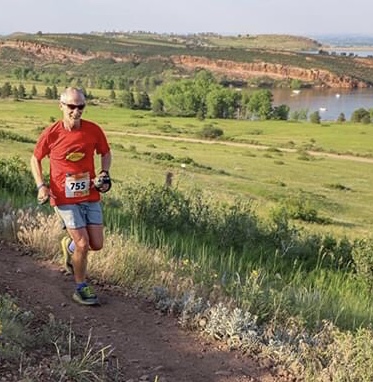 Marlin began competitive running during his college cross country years in 1971, when he discovered a love for running through meadows and forests. He has run continuously ever since.

After years of road racing, Marlin began trail running about 18 years ago. Until moving to Colorado to live near family in 2015, he ran with the Virginia Happy Trails Running Club, completing 60+ ultras ranging from 50k to 100 miles, along with pacing his friends and doing lots of volunteer work for V.H.T.R.C.

After completing several ultras in Colorado, including the 2017 & 2018 Never Summer 100k and Quad Rock 50mi, and doing a few volunteer stints, Marlin says “I feel like I have a new home among wonderful friends and am thrilled to be part of the Gnar Runners Team. Though age has slowed me down somewhat, the love of sharing new challenges and rewards on new trails with friends only continues to grow.”