Runners taking part in the 2022 edition of the Quad Rock 25 & 50 Mile Trail Races were greeted by a beautiful spring morning. The mild start to the day, however, quickly gave way to a full blast of summer as the sun climbed into the sky for what would turn out to be the hottest day of the year so far. Ice and dousing sponges were the in-demand aid station items at this year’s race as runners managed their core temperatures on the way to hard-fought finishes. 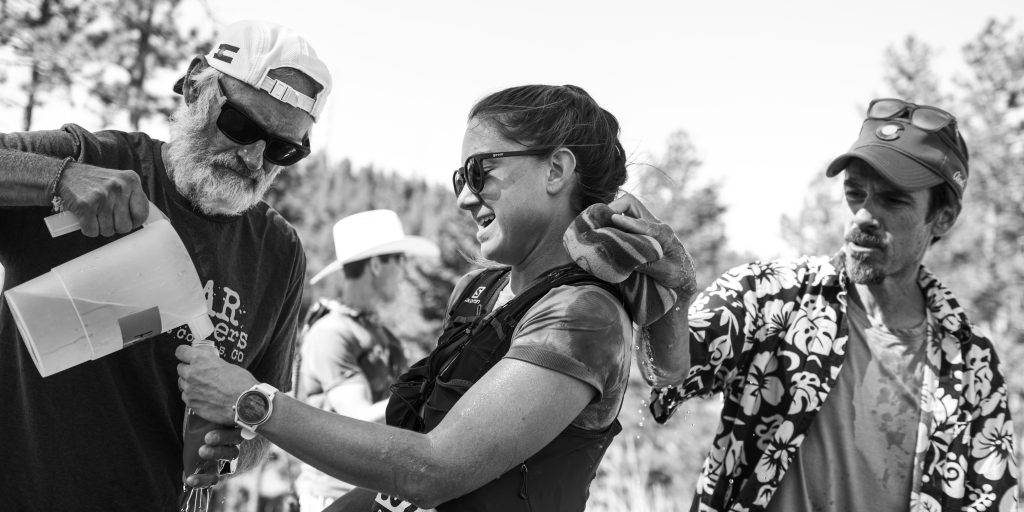 The 50 miler kicked off first at first light with a total of 167 runners on the line for the 5:30am start. The start of the 25 mile race followed 90 minutes later at 7:00am with a total of 227 runners toeing the line under the Dynafit start arch.

With the mercury rising, we welcomed our first 50 milers into the 25 mile turnaround just after 10:00am. In the men’s race it was Drew Holmen first in, followed by Jonathon Rae with just 3:31 and 3:32 race time elapsed respectively. For the women Jane Maus led the field at the halfway point, coming into the 25 mile turn with a healthy 20 minute lead over Caroline Veltri Baker in a time of 4:17.

As our 50 milers rolled into the turnaround and got the aid station attention they needed, the finish line crew began to ready themselves for the arrival of our lead 25 mile runners. After some lead changes among our top three male runners between the Arthurs Aid Station and the finish, it was a flying Seth Ruhling who came home with top honors in a time of 3:16:58 (third all time) followed a minute later (3:18:02) by a hard charging Jeff Colt (fifth all time) and three minutes later (3:19:45) by Justin Grunewald (sixth all time).

It was a fast year in the men’s race!

But…it was even faster in the women’s 25 mile race.

Former Footlocker National XC Champion, Ashley Brasovan ran a commanding race and lead from pillar to post. In the process, she took down a course record that had stood since 2015. The new mark of 3:49:40 bested Reese Ruland’s 2015 record by over eight minutes! Ashley was followed into the finish by former high school XC teammates Shayna Barbash (4:18:03) & Debbie Isen (4:28:29).

As our field of 25 milers continued to roll into the finish, attention began to turn to events in the 50 miler. Who would have the extra gear in the men’s race? And would Jane Maus be able to hold onto her halfway lead?

The answer to the first question came at 12:55pm when Jonathan Rae came into view and broke the tape in a time of 7:23, just three minutes off Ryan Smith’s 2016 record. Rae had built his lead on the second half of the second loop but had to stay focused to fend off Drew Holmen who finished just seven minutes back in the race’s third fastest time ever (7:30:00). Watch for these two at the end of next month as they again do battle in the heat at the Western States 100. Rounding out our top three gents was Denver’s Mikey Mitchell (9:05:20).

In the second half of the women’s race, a strong Jane Maus never looked back. Working through the heat of the day, Maus came home in a time of 9:36:20, building her 20 minute halfway lead on Caroline Veltri Baker (10:41:16) to over an hour by the finish. And then it was time to wait for our third place finisher with reports from the aid stations of a back and forth battle between local favorite Diane Bergstedt and Boulder’s Rebecca Flowers. The local course knowledge proved to offer the edge with Diane finally coming home four minutes ahead of Rebecca.

It really was an early season scorcher out there on this year’s Quad Rock course, so we offer a hearty congratulations to all who got the job done. The course is tough, the cut-offs are tight and when the atmospheric conditions are as challenging as they were this year, finishing the race is – in and of itself – something to be very proud of. 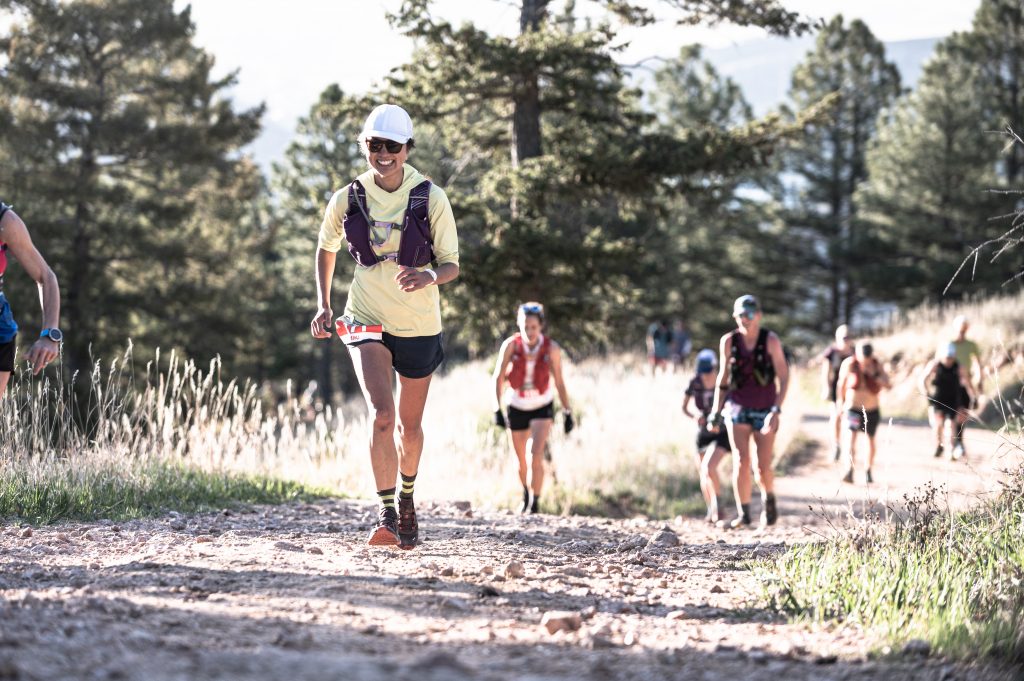 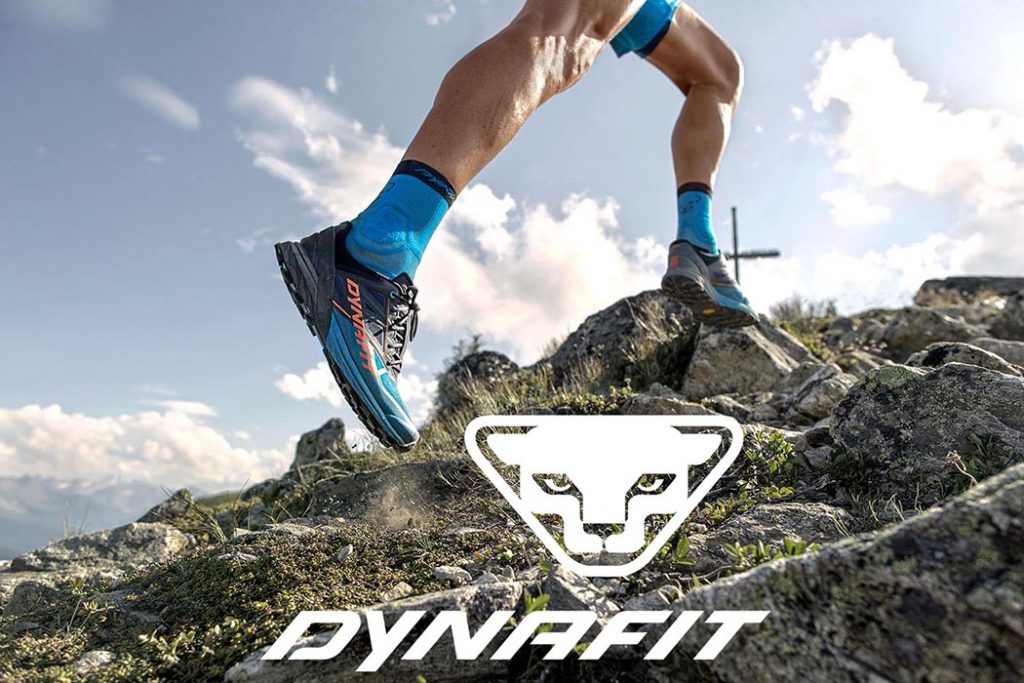 With Top Tier Support From

See You Next Year!! 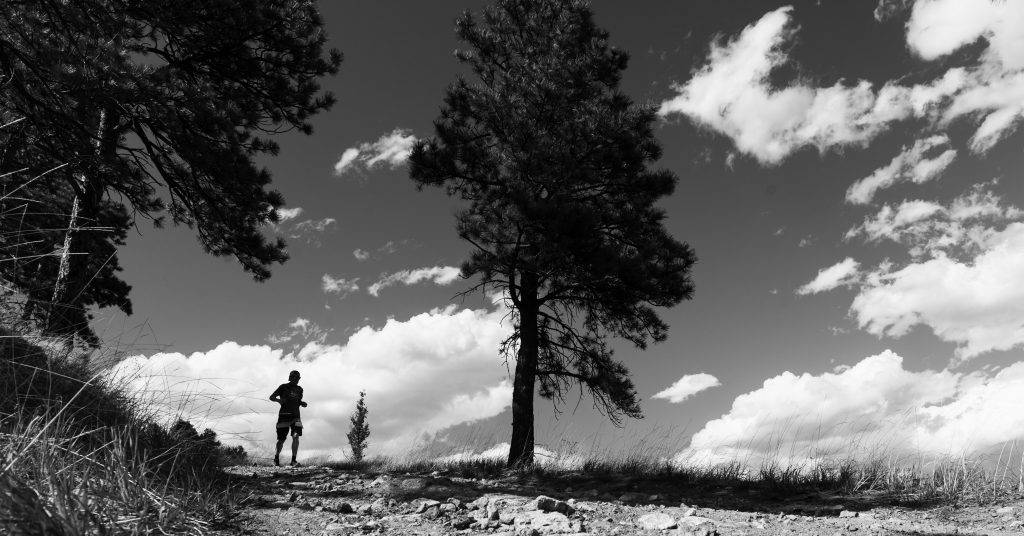